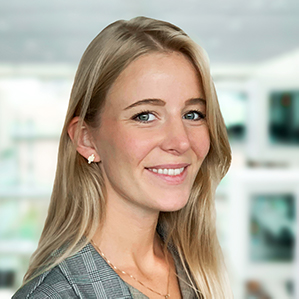 We have added the four most important key figures at the top, use them to monitor progress: The number of active checklists is shown furthest to the left (black), followed by completed lists (green), lists that have not yet been started (blue) and lastly, overdue (grey).

Spot checklists with no activity

A blue checklist is a list no one has started working on (see top illustration “Slowmovers, Viki”.) Equipped with this insight, approach your colleague and find out why he/she ahas not solved the checklists. Filter your dashboard to limit your view to “blue” lists.

The joy of completing a task..

..is far more visual in the new version. As soon as a purchaser/product manager marks a checklist as “completed”, it turns green – both on his/her own list, as well as on the Admin list. 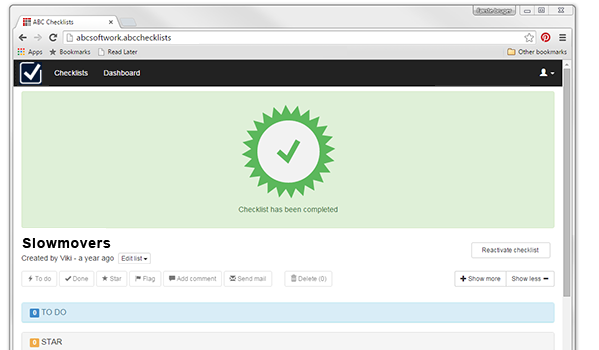